HIII.
this is gonna be a BBE, brainless blog entry
to lighten the mood (:
one day in the canteen, we were just slacking around after civics and having a few drinks.
chris: i used to have a barbie doll called stephanie!
someone: i thought all barbie dolls were called barbie
char: theres malibu barbie, russian barbie, chinese barbie, japanese barbie...
(ok just kidding. i think she stopped at malibu barbie.)
beng ah: i had a doll called XUE LI!!!
(chris bursts out in laughter. and she can't stop!)
beng ah: cos my family no one qu christian name one mah...
(chris is still laughing!) 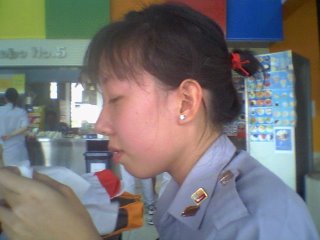 and you all know, the more christine laughs, the redder her face gets.
ok then beng ah started reminiscing about xueli, and told us about the day she got home and found she wasnt there
... 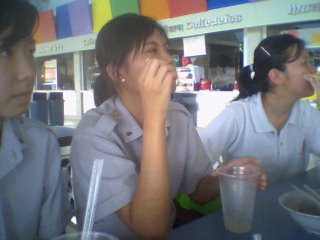 then she started to tear! cos she said she missed xueli!
and she kept worrying if xueli would come back to haunt her. 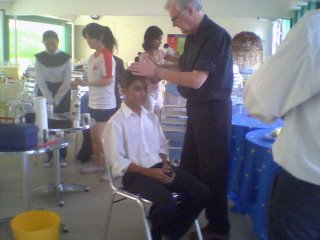 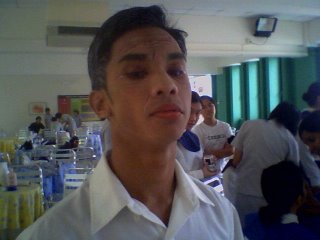